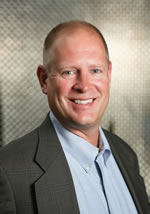 Prior to becoming an attorney, Mr. Hodgson worked as an engineer and research scientist where he researched, developed, and commercialized an innovative thin film technology. The thin film technology had broad applications as a polymeric barrier coating, as a dielectric and as a protective coating for optical films. As part of his work, Mr. Hodgson developed methods to characterize physical properties of optical films.

Mr. Hodgson can be contacted at shodgson@innovationcounsel.com.