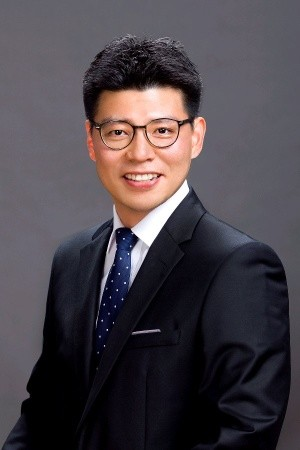 JK joined Innovation Counsel as a patent attorney in 2019. JK’s practice focuses primarily on the preparation and prosecution of patent applications relating to mechanical and electro mechanical designs including, but not limited to, Micro Electro Mechanical System (MEMS), semiconductor & thin film processing, and LCD & LED device. JK has a strong ability to recognize complex devices and their distinction over the prior art. In doing so, he is able to greatly assist clients in an attempt to maximize their protective subject matter.

Originally from Seoul, Korea, JK studied mechanical engineering at Purdue University. There, he earned his B.S. and M.S. degrees and focused his thesis on pulsed laser micro-machining of thin film for fabricating micro-sensors. After completing his studies he returned home to Seoul to complete his military duty. At the same time, he worked for Korea Institute of Science and Technology (“KIST”) as a research engineer, specialized in bio & polymer MEMS.

At KIST, he designed and fabricated various micro-actuators and micro-sensors using ionic polymer metal composite, polypyrrole, PDMS, and cardiac muscle cell. He was an author of around 20 journal and conference papers, which have been cited around 500 times. After working 10 years at KIST as a research engineer, JK returned to the United States and earned his J.D. from Case Western Reserve School of Law.

Mr. Ryu can be contacted at jkryu@innovationcounsel.com.